Skip to content
If you’ve ever searched “things to do in incheon” you’ll have no doubt found “Wolmido”, a small island off the west coast of incheon.
The island is well known for its small theme park, and its fresh sashimi restaurants (which I honestly haven’t tried – korean sashimi/sushi is not for me unfortunately – but my other half swears it’s great. )

The island is relatively easy to get to if you’re in Incheon. Take the subway to Incheon station (Chinatown is right outside of here, might as well kill two birds with one stone!) and get a bus from outside of the station. The bus is more or less a 10 minute ride and it takes you straight to the theme park!

As for the theme park when I say it’s small I mean… it’s tiny. Don’t come here expecting Everland or Lotte World. The main attractions are the HUGE Ferris wheel, the pirate boats (or ‘vikings’ as my students refer to them) and the infamous “disco pangpang” – which is just as hilarious to watch as well as ride (especially if you can understand korean – the ride controller is a comedy genius)

The island boasts some incredible views of Incheon from its coastline. Even if you’re not coming to enjoy the theme park I’d still recommend coming to have a walk around if you’re in the area. There is a large park located behind the theme park which has a large observatory inside (we didn’t go on this trip, but the view from there is beautiful)

Alongside it’s main attractions there is often some musical performances going on by the older generation (it’s entertaining to watch them dance. Look out for the stage area- the building has a large origami swan structure on the top!)
The main street offers a lot of restaurants to choose from if you plan to stay a while. While  good majority of them are raw fish, there are also western style options (Italian, American etc.). There is also a lot of street food if your time is restricted! 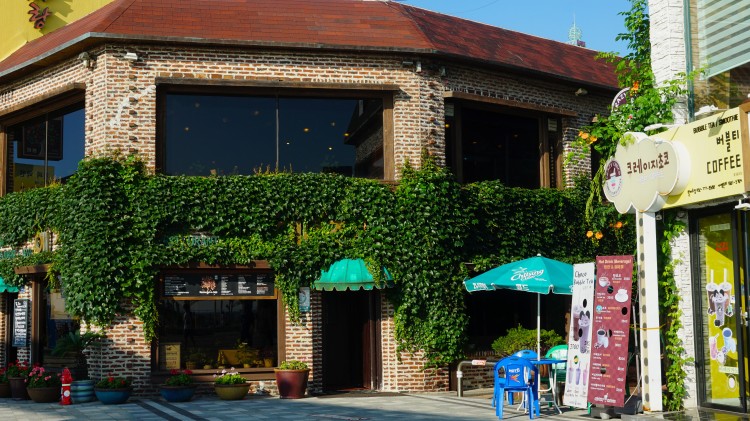 The island, although a place for entertainment today, it played a big part in Korean military history. There are a lot of reminders still there today.

Have you ever visited? Drop a comment below, let me know!
My blog is now on Bloglovin!

2 thoughts on “Wolmido, Home of The Vikings!”